Dougie Kinnear graduated from Duncan of Jordanstone College of Art & Design in 2011 with a BDes(Hons) in Jewellery & Metal Design. He started the MDes program at DJCAD the same year, however, he left the Mdes after the first semester (March 2012) to take up a technical post on the Imprints Research project.

Dougie is a jeweller whose work challenges the traditional role of jewellery. Communication with others or the wearers’ environment through hidden and unobtrusive technology is a key component, creating a new dimension of interactive wearable. As well as traditional hand skills he also utilises CAD techniques and rapid prototyping technology in his design process. He has a particular interest in designing wearables that have positive societal benefits and is a great believer in participatory design. His undergraduate final year work saw him create a new medical alert jewellery service concept that addressed concerns raised by the stakeholders of current medical alert jewellery.

So why digitalMaker? Well, there are a couple of reasons, firstly the interest in the incorporation of digital tech in jewellery, or other hand made personal artefacts, that grew during my UG years & the time on Imprints. I was also introduced to Arduino and the Electric Imp micro controllers at that time. Then the digital processes that I used to create designs in the virtual world before bringing them to life in the real world made me come up with the name. The format of the name digitalMaker comes from the camelCase format used in coding for Arduino. 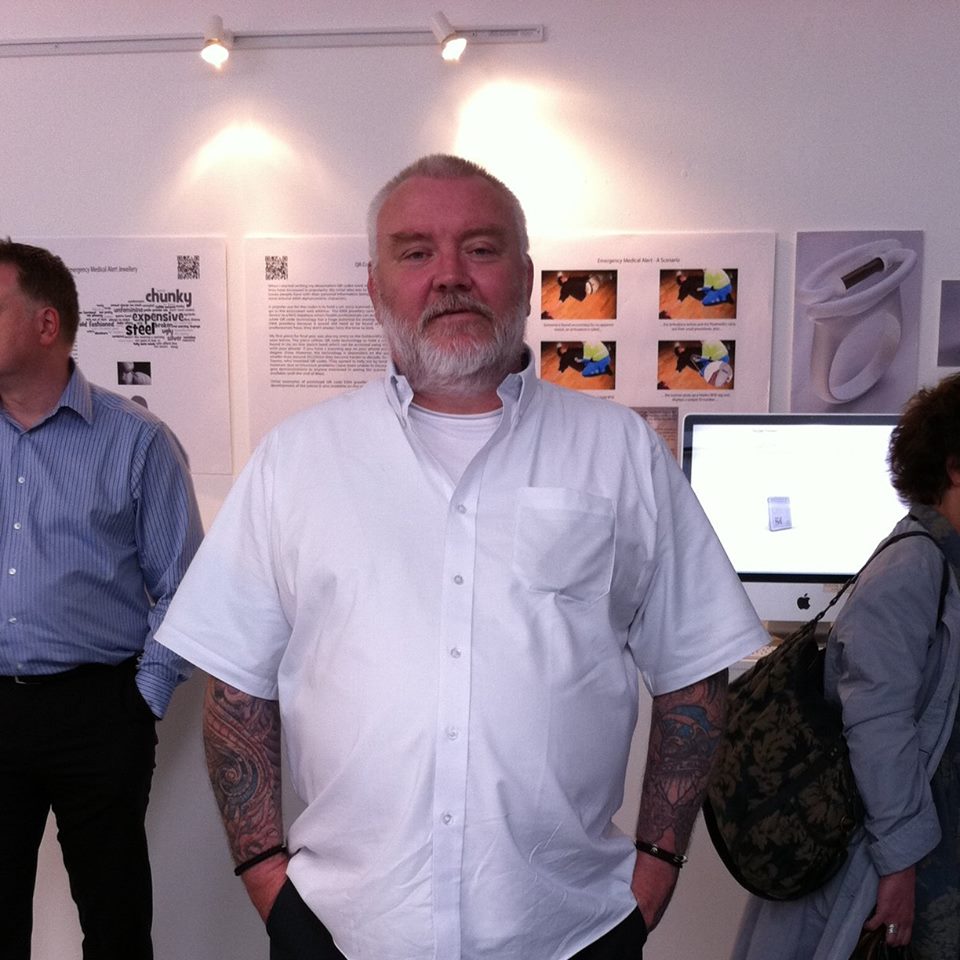 Select an item below for more detail on each subject – particularly interesting if you need to get some sleep!